Every day as I come into my room after a hard day’s work, they all gather around my feet like they are my children, and I, their daddy. Once I see them come to me in this manner, I immediately deploy myself to spanking and killing as many of them as I can with my two palms. After 15 minutes of this mutual show of love and affection, I might kill between eighteen to twenty-five of them, a small number indeed because these creatures have grown to be very adept and acclimatized to our games. It takes some incisive cunning to kill them.

Later in the evening, sitting or lying under the safety of a mosquito net, I ponder my relationship with the raging insects without, and from the utmost depths of my heart, I feel grateful to everyone involved in the invention of the mosquito net. To all those great people of yore, I say may it be well with your children and grandchildren. You can only understand why I am talking like this if you have ever had what I refer to as a mosquito-bath experience.

A mosquito-bath experience involves trying to sleep in a room full of mosquitoes, without a net, and with the presence of one or more other aggravating conditions. Let me describe one such condition: In addition to your raw flesh being exposed to vibrant mosquitoes, NEPA has also cut your power without hope of restoring it, and it is a very hot night following a hot day, in turn, preceded by several days that went by without rain. Oh for the patter of rain on these roofs, oh! But you get nothing but the heat and buzz of those little annoying, buzzing creatures.

I have experienced such a night first-hand. That night, after slapping about in the dark to no avail, frustrated, drenched in sweat, desperate for an end to the droning and the bites, I picked up my phone. I, a graduate of Electronic Engineering, a Software Engineer with more than one year’s experience, an award-winning student, I opened Google Play Store and entered “mosquito” in the search bar. It was the straw for a drowning man. I downloaded the first app that came up, it promised to chase away mosquitoes by ultra-sound or something like that. After installing it, I started the app.

Out of such depths of despair was born this art. I could not but shake off the feeling with a few bottles of Heineken and formulate what I am sharing with you now. I have come to the conclusion that there are three essential pillars guying the art of killing mosquitoes. These are speed, instinct, and heartlessness.

I should believe that speed goes without saying.

I have killed mosquitoes. In uncountable numbers have I killed them. And now I say that instinct cannot be over-emphasized. Sometimes all you have to do is act fast on your instinct. At other times, you have to adopt the patience of the tiger hunting down its prey.

Heartlessness. I do not swear. Otherwise, I would have sworn that I once saw a mosquito trying to force its way in through the meshes of my mosquito net. I saw this and I lie not. One leg and its proboscis were already in, and it was trying to push its head through as well. I was fascinated by its spirit and in my fascination, I carefully extracted the poor thing from its entanglement and squeezed it to death.

In case you are of the opinion that I am being too harsh, let me be clear: the art of killing mosquitoes is not of the heart nor is it a fetish. If you really want to kill mosquitoes, then you must be ruthless, and not let your emotions into the game. Mosquitoes are not monitoring spirits, nor are they out to disturb you or . I know someone who broke down in tears on account of mosquitoes. “They just won’t stop,” she sobbed when she saw three big reddish mumps the mosquitoes left on the buttocks and stomach of her two-month-old baby.

Finally, before we end this chit-chat, allow me to pose a question: Suppose you sight a mosquito hovering at the foot of your foot (forgive the pun), a mosquito busy inspecting your time-worn appendage, looking for a softer spot to puncture, what is the most effective approach you must adopt in other to separate it from its life? Assume that your foot is resting flat on the floor, and you are in as upright a position as can allow you to glimpse the mosquito below.

Please try and give that problem some minutes’ thought and decide on the best approach you would take.

Ok! so to answer the question, when you see a mosquito in such a position, your first instinct might be to squash it between your foot and the blade of your hand.

Some people who are naive to the art of killing mosquitoes might even start waiting for the mosquito to land on their skin for some seconds before they strike. I laugh when I imagine this because such people end up hovering all over the place like craze men with sokugo. These insects can feel tell-tale vibrations coming from the skin of people who are poised to strike. Don’t get too excited, it scares them off.

You must calm your nerves. Lower yourself gracefully but swiftly, ready your good palm for the strike. Now, this must all happen very quickly. Move your foot far away from the mosquito, and leave the insect exposed and close to the floor. That moment! Nothing one wouldn’t give for that moment, especially if the mosquito is a sizeable one, gorged with your blood - the rich red blood of your ancestors, stolen from your veins in a moment of lapse.

If you performed the previous steps neatly (and if you feel that you have it as a filial responsibility to avenge the blood that was sucked from you), what you have to do next is simple and decisive.

Remember to wipe off the mess with a tissue.

You May Also Enjoy 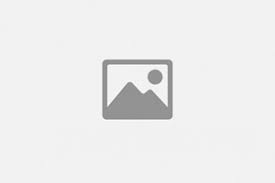 I decide to learn design

“Let me tell you a story”

Review: The Elephant in the Brain

much of what we do, we do not just for ourselves but for the benefit of others